Washington [US], September 27 (ANI): US President Donald Trump on Saturday (local time) nominated Amy Coney Barrett as the new justice of the Supreme Court.
Speaking at the White House, Trump said, "Today it is my honor to nominate one of our nation's most brilliant and gifted legal minds to the Supreme Court. She is a woman of unparalleled achievement, towering intellect, sterling credentials and unyielding loyalty to the Constitution, Judge Amy Coney Barrett."
"This is my third such nomination .... and it is a very proud moment indeed," Trump said. "You are going to be fantastic," he told Barrett.
"If confirmed, Justice Barrett will make history as the first mother of school-aged children ever to serve on the US Supreme Court," the US President said.
Trump further spoke about Barrett's qualifications and said "her record is beyond reproach."
"Her qualifications are unsurpassed and her record is beyond reproach. This should be a straightforward and prompt confirmation, it should be very easy, good luck. It's gonna be very quick, I am sure it will be extremely non-controversial."
He urged all members of the other side of the isle to provide Judge Barrett with a respectful and dignified hearing that she deserves and "frankly that our country deserves". "I request lawmakers and members of the media to refrain from personal or partisan attacks, the stakes for our country are incredibly high," he said.
Barrett is a former law clerk to the late right-wing beacon Justice Antonin Scalia. She has been a federal judge for three years on the United States Court of Appeals for the 7th Circuit.
The seat of the Justice of Supreme Court became vacant with the death of Ruth Bader Ginsburg. Ginsburg who has been regarded as an iconic champion of women's rights and a history-making jurist passed away at the age of 87. (ANI)

PM Modi, Trump get along so well, says Nikki Haley 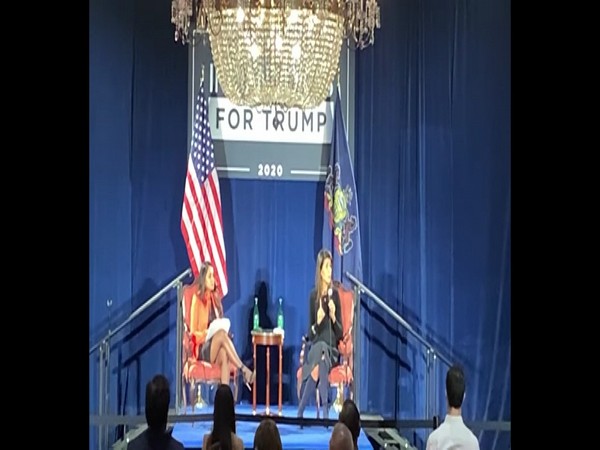 China a 'number one national security threat' to US: Nikki Haley

I voted for a guy named Trump, says US President after casting vote

Joe Biden tests negative for COVID-19 ahead of Pennsylvania visit

Important to work with like-minded partners given China's aggressive behaviour: US State Dept